... a message from the Bridge


But I have crossed
and you are left
to wait for that bright day
when I see you coming home ...
we'll run, we'll sit .. we'll play


It will seem like seconds passed
since last you hugged me tight
Sleep sweet, my master
I will wait.
Sleep sweet in Rainbow's light.

Do not be confused; this is not a free verse poem. Thought I should make that clear so y'all wouldn't worry your heads about trying to make poetic sense of it ! I'm leaving the comfortable rhythmic cadence of poetry today for something that has weighed heavily on my mind for quite some time.

I'm not one to preach; however, with having a blog comes a certain sense of power .. a sense of 'I am free to say whatever I want because my words are not directed at any 'one' person, rather to the broad (or minimal) audience who chooses to read my words.
Being a frequent presence on Twitter, my timeline is often bombarded by both demands and pleas to 'stop the madness stop the killing stop the use of gas chambers to kill dogs & cats sign this petition write your name here retweet this save the kittens dog set on fire demand justice now' ad nauseum. Of course, I could simply unfollow a handful of Tweeters and be done with it, but I don't like to hurt feelings, and I honestly think the people posting these tweets have the best of intentions ... they might just be painfully unaware of what it actually takes to 'stop the madness'.
I can only tell you what has not worked in my small town of thirteen (give or take) thousand. I was in dog rescue work for 25 years. All breeds. I worked alone. The animals did receive assistance from a kind old vet who gave them  a rabies vaccine at no charge. He also performed a few emergency surgeries to save a life or correct a problem, also at no charge. His heart was huge.
After I'd kept a dog for a few months, long enough to let it know there was/is love in this world, I'd take him or her to our local TV station where we taped a 5 minute segment for the Friday 'Pet of the Week' time slot. I'd go back home and await the phone calls of prospective pet parents who wanted the animal. I did the background checks & determined, to the best of my ability, the best possible home for each one. No money ever changed hands. I 'followed' the animals for a year or so after each had found a new home and there were many many joyful outcomes.
It's never possible to 'save them all', but in my hometown, I did my damndest. During this same time, I became aware that our local Humane Shelter was a 'high kill' shelter. There was no air conditioning and no heat in the old concrete building. Nothing to even shelter them from the elements except the thick windowless walls. Dogs or cats brought in to the shelter had three days .. period. If no one adopted them within three days, they were put on 'Death Row' to be gassed in a drawer of a huge industrial oven the next Tuesday morning. Just remembering that oven makes my stomach churn as I write this. Those faces, the pleading eyes, the trembling bodies, all the love they could have given someone .... routinely snuffed out each Tuesday morning.
My husband was a city councilman. I talked to him about changing our laws, cleaning up the shelter, making the public aware of what really went on 'down at that place'. And surprisingly enough, my husband was the first 'roadblock' I encountered. He told me , in no uncertain terms, 'the people who have the power in this town just don't care'. Oh surely he was wrong ! I would prove it to him!!
I began to attend council meetings, I got my voice 'heard', and was placed on the next week's 'business'. I spent the week making notes, gathering photos, thinking I had all I needed to present my case and that after hearing it, they'd all say 'well, yes, this is a great idea; let's put it into action'.
Instead, I learned that a committee would be formed to 'look into it'. Far from defeated, I stood tall with hope that soon 'the madness would stop'. Months passed and we were into the next year ... I told myself 'these things take time'. When an actual 'committee' was formed to discuss the shelter conditions and the  Holocaust that took place each Tuesday morning, they decided it would take another committee to look into how much money the city had to spend on animal control in our county.
More months passed but I assured myself that 'good things were really happening behind the scenes'. By the time my 'ideas' made it to an actual city council vote, they had decided there wasn't enough money in the city coffers to do anything about the shelter situation. Sadly, in twenty years, nothing has changed.
What I want readers to know is this: You can't just stand up and holler and expect change to come. You can't just re-tweet someone's tweet & expect anything to change. If you want change to happen, you have to start, as it were, 'in your own backyard' .  You must get involved in your own town government. You must demand to be heard. You must demand that someone looks into the current situation. You must keep pushing. Get petitions, if it makes you feel better, but it's not really going to change the outcome very much if your city does not allocate enough funds to change conditions of your local shelter.
It doesn't have to be a totally hopeless situation ... organize fundraisers to help your local shelter. Take new (or old) blankets, bales of hay, bags of dog & cat food, toys. Anything to make the animals days a little brighter. Stuff your pockets full of treats and take an hour a week and go visit. Say hello to the little faces behind the bars, pet them, take one or two for a short walk outside. Show them there is still love in this world. Pray for them. And take one home if you can.


And if you are blessed with extra money, offer to pay the Shelter to spay or neuter just one pet (or two if you can!). You'll just about guarantee the animal a forever life and a forever home ! Spayed and neutered pets stand a much better chance at adoption. The Shelter will keep them longer. The animal will be 'promoted' as 'ready to go!'.


I was gathering stones
and each one had a name ....
they were meant for the people
who'd caused me much pain
from childhood and older
I gathered them all
and slowly I built it .... the bitterness wall


for mortar I used
all the lies I'd been told
and teardrops were mixed
so the stones would all hold
from childhood and older
I gathered them all
and slowly I built it ... the bitterness wall


the stones grew so tall
and there wasn't a door
to let me escape
all the years gone before
and the Wall, it surrounded
and smothered my breath
until I saw ashes as tributes to death
of things in the past
now long over ... that's all
and it pens me
and keeps me
this bitterness wall

Email ThisBlogThis!Share to TwitterShare to FacebookShare to Pinterest
bang

she put the gun
next to his head
but something changed her mind
instead
she shot him looks of vengeful grief
'if looks could kill'
was all she said
© ingrid havens-trinka 1993
Honorable Mention Free Verse Poetry Kansas Authors' Contest
Posted by poetic justice at 11:03 AM 1 comment: 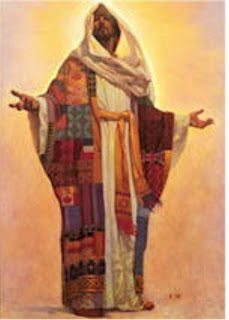 8-29-78
..... she died in her sleep
without warning last night
the note wasn't found
until Tuesday ... so right
was her timing
it spared her the pain
of all my excuses
for leaving again ..... 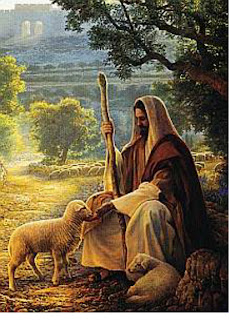 Codeword: Jesus
the coffin that I shared alone
encased just me .. the only one
there was no room for others there
just me, my hate, fear and despair
the silence echoed wall to wall
down each lonely darkened hall
but no one ever stopped to stare
and no one ever came to care ......
until one night in Hell's own pain
I cried 'my God'
the name I said
was Jesus
in that instant, shackles broke
He touched my heart, and I awoke
to find my coffin rearranged
into an altar ... I was changed !
in that moment, time stood still
the codeword: Jesus
brought His will
﻿
© ingrid havens-trinka
First Place Rhymed Verse Poetry Kansas Authors' Contest 1985
Posted by poetic justice at 7:45 AM 1 comment: